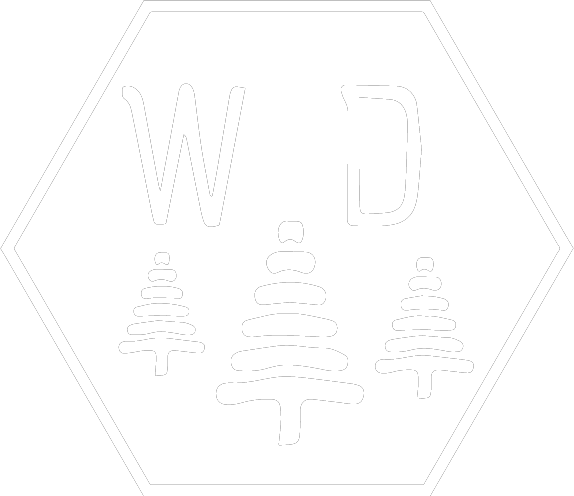 This piece of writing is inspired by Veikko Huovinen’s short story: “Hyvästi luonto” in Ympäristöministeri 1982 pages 116 to 122 Otava.

Fall has arrived and with it the colours, the occasional rains and mushrooms. On a small dirt road a howling Mercedes roams in the hilly forest land scape. Only by looking at the driving style one can sense a notion of despise to the road and to the surrounding environment. In the car seat sits Eevertti Vähäsalmi –or to better known to English speaking public as Ernst Littlebay. Littlebay, a senior accountant for a company situated in a Finnish city has come to Nature to say his farewells to it.

In the middle of nowhere, (the road build is due to forest industry logistics) Ernst stops his car with sudden breaking so that the tires slide and leave an evident mark to the road of his arrival. For over twenty years has this 40 year old person been enjoying Natures splendour and peace by trekking, hunting and fishing, but as starting from today Ernst refuses to enjoy Nature and so he embarks to the trail armed with his hunting gear.

“I have arrived and I will not enjoy you!” Shouts Ernst and shoots two shots from his shot gun to the air. After this, he jumps for a while on a family of herkutattis (Porcinos) situated next to the path. “Siitäs saat luonto!” (translation: screw you nature!), Ernst thinks to himself. As he crushes the delights that are even been gathered and shipped to the finest restaurants to Italy and France form this northern country, Ernst comes even more convinced how much better the city is. There is no rotting mushrooms, with their awful smell and randomness of living. Grass in the park is much better, and actually the paved asphalt gives a sense of order and certainness under ones footing and strive.

Ernst looks to east and sees that the forest industry has made a land clearance to a patch. Gone are the trees and the fauna, what is left is the stumps, sticks and the tracks of the woodcutter that have digged deep to the ground. Ernst feels a grin rising to his face. He thinks that if he would have the power, he would put a road to every god damn nature reserve and to the so called “nature attractions”. “By car I would go to the canyon of Kevo and piss on it!”, he sums to himself.

The shots fired previously where not in vain and only purposeful to disturb the silence of the wild, because they have made a few mallards (sinisorsa) anxious in a nearby lake. By stomping and crushing smaller branches the tension is too much for the water bird and it takes flight. By a lucky hip shot, almost like in Rambo First Blood part two, the rain of bucks hits the bird which lands to a near bush. Gone is the animal. Membering “the thrill of the hunt” makes Ernst is furious. All of the pages, blog posts and movies created to represent and glorify hunting, the respect towards the catch, the sense of being grateful for Nature turns in Ernst mind to be a hoax! How can you compare that bloody stinking sack of meat to a clear cut chicken breast from the store? For in what circumstance would I even trade that sorry piece of meat to a beef stake or to a pig cutlet? We are to breed and continue to industrialize food production for it to be efficient and to save labour! The smaller the box and faster the conveyer belt for the sows and birds -the better.

Ernst smells into the air and with his developed senses “feels” that there is a tervaskanto (a stump that has started to form tar) nearby. With almost by old habit he sees the grey stump, takes his small hiking axe and hacks it to pieces. He starts a fire and puts a coffee kettle to boil. The smell of the tar and the occasional smoke that catches Ernst eyes makes him snarl to the playful fire. Coffee is done. It goes to a kuksa (a wooden cup made out of birch) that has been catching flavour for years in from various drinks drank on camping sites. Ernst takes a sip, burst out growling and throws the old cup to the ground. He takes the old copper kettle and bounds it to a nearby rock so long that it is disfigured.  He has acquired a permission from owner of this land patch to start a fire. Ernst takes up his phone and dials up the owners’ number. An old man answers: “Matikainen.” Ernst shouts: “I don’t need the permission any more to make a fire!!”, but ends in a kid voice: “Thank you” –as  one cannot know is the land owner living in a city. “The local kiosk can make coffee better even in a machine”, he argues to the still wilderness. A crow has been following the show for a while.

The evening dim starts to set in and Ernst starts to head back to the car. He stumbles on the path. “In the city the lighting is better, getting lost is less likely, you can travel more easily with tram and can go for a drink. The humming sound of the traffic makes sure that moments of silence are scares”. The final drop to this man temperament and the moment that snatches the nerve like a finger does to perches neck, is when Ernst feels that the gun he is carrying is feeling heavy on his shoulder. By taking a lightning fast grip to the nozzle of the gun, in an instant the heaviness and discomfort is transformed to enormous strength and persistence to destroy old memories when the end of the shotgun meets a big rock. Gone is the wooden stock and hit by hit the barrel bends. The sorry looking hunting companion is on the ground. Ernst jumps on the gun and hisses, face red, and delighted of the accomplishment. Taking a few deep breaths, Ernst calms down and looks at the wilderness, that undoubtably is looking (with amaze and confusion) back at him. Ernst cannot but smile, and utters from down of his pelvic floor: “F&%# you NATURE!!!”.

He jumps to the car and shows the back lights to the forest  – never to return. Happily he will live in the city for the rest of his life only to experience such despise when confronted with hiking stores in malls, seeing texts about the healing power of nature in the newspaper or guide books on storing ones mushrooms. Luckily he can always trust that this environment stays infront of him only on paper and in trekking gear used in the urban jungle.

After Ernst car is nowhere to be seen, silent sets once again to the forest –in its own way. Nature was not able to please this person in any regard. A crow flies next to the hammered gun and as the Finns say –laughs at it. It looks around, as to see did someone see it doing this and takes off to the skies.